Know your solar module: Components of a rooftop solar system The first image that comes to our mind when we think of solar power is that of a solar panel. Solar panels, without a doubt, are the most important and ingenious component in a solar power system, but there is more that meets the eye when it comes to solar energy. A lot of different units have to work together before sunlight can be used to power electronic appliances. To fully appreciate the intricate technology that makes solar power possible, we need to have an understanding of the different parts that make up a solar power system and how they work.

Read ahead to know about: Well, no marks for guessing that solar panels are the first component that we are going to talk about in this article. Solar panels are the most aesthetic part of a solar module and rightfully so. Solar panels house within them the amazing photovoltaic technology on which solar power works. A solar panel is made up of a number of solar cells that are arranged together in a rectangular array. Simply put, solar cells are wafer sandwiches of silicon, and when an electron moves between the two slices under the influence of sunlight, electricity is produced.

Solar panels come in different types based on the type of material the individual cells are made of which affects the efficiency and pricing of the panels. You can read more about the various types of panels here. Although some companies have recently launched panels that generate 500W power, the more commonly seen panels have peak power output in the 300-400 watt range. As for the number of cells in a panel, it can range from 32 to 144. However, the most commonly used panels have 60 or 72 cells in them. 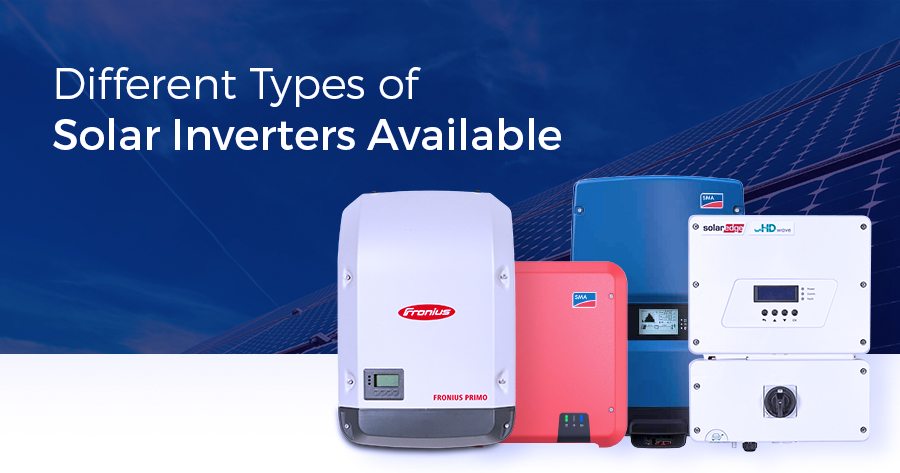 If solar panels convert sunlight into electricity, it is a solar inverter that makes the generated electricity usable for us. A solar inverter converts the direct current produced by the solar panels into alternating current, which is the type that most of the everyday appliances work on. Solar inverters can be attached to individual panels or there can be a central inverter that receives direct current from all the panels in a solar module and then converts it before sending it forward for consumption. Since inverter is the central passage from where current passes before it is consumed, it is the point where solar meter and solar metering units are attached.

There are solar inverters for all three types of solar connection - ongrid, offgrid, and hybrid. An ongrid solar inverter converts the direct current supplied by the solar panels into alternating and sends them to the household for real time use. Whatever power is unused is sent to the grid via a net meter. An off-grid solar inverter takes direct current from a battery and converts it to AC. An additional device, called a charge controller, is attached to off-grid solar inverters. A charge controller performs two functions. Firstly it prevents the battery from exploding by stopping the charging process once the battery is fully charged. Secondly, it prevents the reverse migration of charge from the battery to the panels after the sunset. A hybrid solar inverter is connected to a solar battery, solar panels as well as the main grid. When there is electricity demand then the inverter directly converts DC from solar panels to AC and uses the remaining power to charge the battery. Once the battery is charged and power supply is met, the excess power is sent to the main grid via a net meter. Solar panels work best when the sun is out, but their output gradually falls as the sunlight gets dimmer. This means that people either need a grid connection or battery-storage to meet their power demands after the sunset. Battery storage is not a mandatory requirement for households that are connected to the main power supply of a regional electricity board. Ongrid users can use net metering and take electricity from the grid when the solar supply falls short of the demand. However, keeping a solar battery is a necessity for users who aren't connected to the main electricity grid as the solar panels cannot meet the power demand after sunset.

Two important things to keep in mind when choosing a solar battery are its capacity and voltage. Capacity of a battery is measured in Ah and gives information about how much electricity the battery can store. Capacity depends on the size of the battery. Usually, multiple batteries can be stacked together to get a larger storage capacity.

Batteries vary on the voltage level & capacity (in Ah). However, voltage for a battery is fixed based on its internal chemistry and range from 6V to 48V while the Amp hour (current battery can provide) is displayed on them. Generally battery capacity range from 20Ah to 200Ah. Another thing to check is the voltage rating on the battery matches with the voltage level on the solar panel & inverter. Generally, a 3kW solar module with a 150Ah battery can power 4-5 medium power appliances for nearly 5 hours. 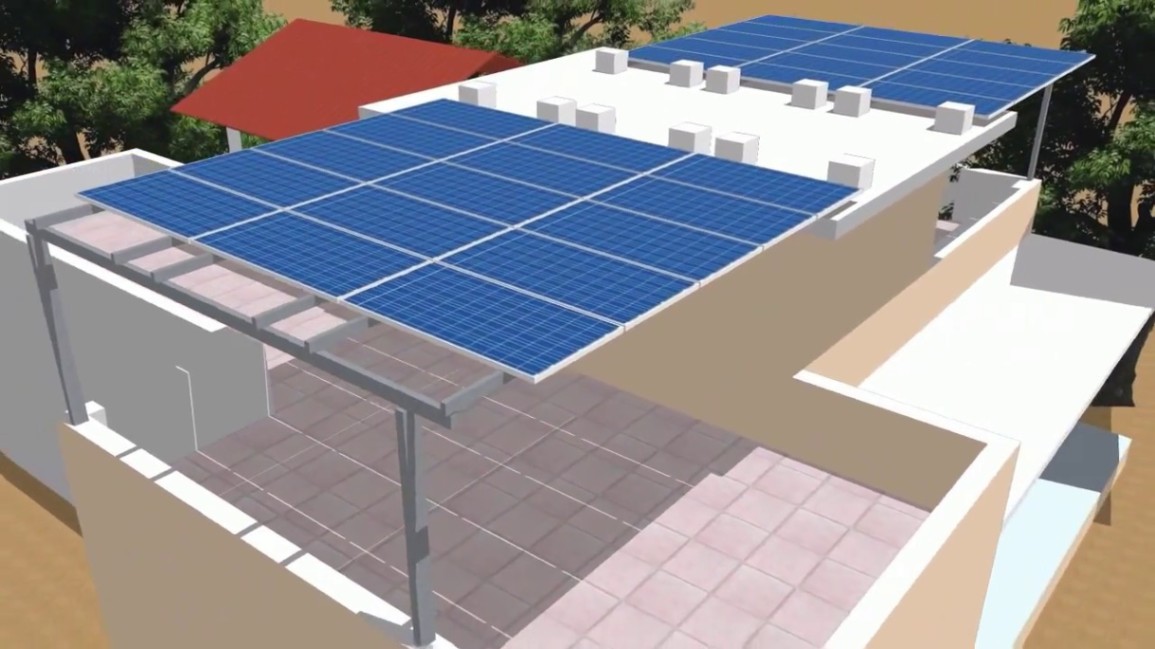 Solar mounting structure is the most user specific and personalised component of a solar power unit. The type of solar mount installed depends on the roof orientation, location, surroundings, and user preference. The three types of most commonly seen solar mounts are ground mounted, elevated and on profile sheets.

Profile sheet solar installations are mostly seen at commercial and industrial scales. These are easy to mount and benefit from the slightly slanted angle of the sheets. Most of the domestic rooftop solar installations are either ground mounted or elevated. Ground mounted panels are close to the rooftop and are slanted at an angle equal to the latitude of the place of installation for maximum incidence of sunlight. Ground mounted solar panels are sturdy but end up occupying a major chunk of the terrace. Thus for users who have smaller roofs, elevated solar structure can be a good choice. Elevated panels allow the users to walk under them and use the roofspace to their liking. Another benefit of elevated structure is that they can be used to avoid direct shadows from falling on the panels thereby avoiding shading losses. The material of the structure can be hot-dip or pre-galvanized coated and the attachment with the terrace floor can either be in the form of clamp or ballast.

Solar Wires: Thick copper wires are the best choice because of their high current carrying capacity, low transmission losses and strength. 2mm wires are cheaper but the high resistance leads to greater transmission losses. 4mm-6mm is the optimum thickness of wires that should be used. For high power industrial plants, thick aluminium wiring can also be used.

MC4 Connector: These connectors are used to connect solar panels together in series or in parallel. MC4 connectors make it easier to connect individual panels and have a locking mechanism that prevents the wires from going loose or getting exposed.

Solar Meter: Solar meters are used to keep a track of the amount of solar electricity consumed. Based on the type of connection, there are three types of solar meter - net meter, bi-directional, and dual meters. Net meters are bi-directional meters that are used when the household has a net-metered connection and shows the net amount of power used. The net amount of electricity is a difference of the total power imported from the grid and total solar power exported to the grid. Net meters have two screens, one that shows the net value and the other is a test screen that indicates if the meter is functioning properly. In dual metering, two separate meters that do not communicate with each other are installed to measure the power coming in and going out of the household. Dual meters are used in case of gross metering.

We hope that now you are not only aware of the benefits of solar energy, but also understand the technology and individual components that make solar electricity possible.